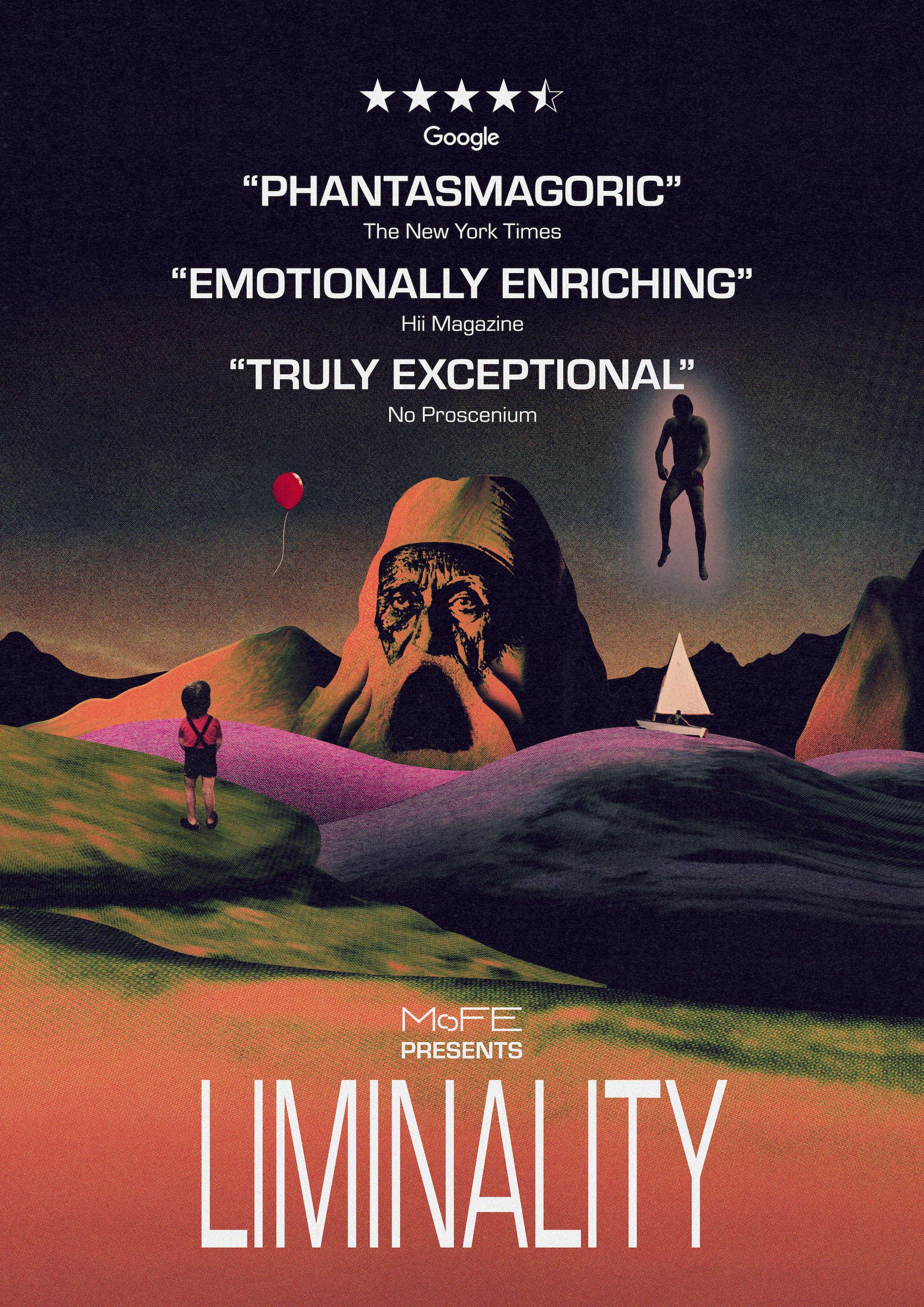 Three curated virtual reality pieces from around the world. Three enchanting soundscapes on NYC's only permanent Ambisonic sound system. An immersive trip into the realms of liminality. Limited tickets available.

In every rite of passage, there is a phase where one is not who they once were and not yet who they will become. Like the seeker on pilgrimage or a caterpillar inside its chrysalis, there exist states of uncertainty, chaos, and metamorphosis. These are states of liminality.


Liminal states operate under different rules. Time and space change their ways. Control surrenders to awareness. Acceptance becomes a form of agency. And those who let go are transformed.

Liminality is an anthology of immersive stories that transports you into the depths of the liminal realm. The show unfolds around you like a dream, alternating between award-winning Virtual Reality pieces and original soundscapes played through New York City's only permanent Ambisonic sound system. Combining MoFE's surreal storytelling with mind bending technology, MoFE's Liminality invites you to enter the dark unknown in the pursuit of a brighter future.

This is a seated audiovisual experience. Parts of the show require the use of a VR headset. The show runs 75 minutes with no intermission. Suggested age: 16+.

Please arrive 15 minutes before showtime. Shows begin promptly at the start time. There is no late admittance.

WARNING
+ The show features VR pieces that may affect those who are susceptible to photosensitive epilepsy or have other photosensitivities.

+ Liminality is a visceral sonic experience that employs loud noises. It touches on adult themes such as violence, sex, and death.

*To ensure the best experience for all our customers, all purchases are final, and non-refundable. Show begins promptly at start time. There is no late admittance.